Global Ag News for May 6

Malaysian palm oil prices were up 143 ringgit at 4,187 (basis July) at midsession, a 13 year high amid supply concerns.

U.S. Weather Forecast: A beneficial precipitation event is still expected Friday through Sunday in Montana, South Dakota, and southwestern North Dakota. Rain and some snow will be involved and will be important for raising soil moisture in these areas. The northeastern part of the Northern Plains will miss out from this event but will likely receive at least some precipitation in week 2 of the outlook. Last evening’s GFS model run was notably wetter in the Northern Plains May 13 – 15 and May 18 – 20.

South America Weather Forecast: Concern remains of dryness in Safrinha corn areas of Brazil and dryness is likely to continue across most of this area through at least the next ten days to two weeks.  Conditions in Argentina will continue to be very good for late season crops.

The U.S. Environmental Protection Agency is handing over to the Government Accountability Office information on oil refiners that petitioned for exemptions to biofuel blending mandates, in an effort to help the government watchdog investigate the exemption program. The move shows the Biden administration’s willingness to help scrutinize the so-called small refinery exemption program, which had expanded dramatically during former President Donald Trump’s term. 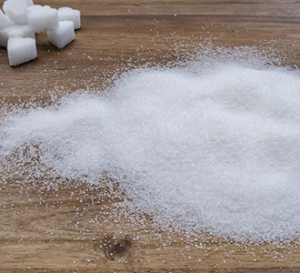 World food prices increased for a 11th consecutive month in April, hitting their highest level since May 2014, with sugar leading a rise in all the main indices, the United Nations food agency said on Thursday. The Food and Agriculture Organization’s food price index, which measures monthly changes for a basket of cereals, oilseeds, dairy products, meat and sugar, averaged 120.9 points last month versus a revised 118.9 in March. The March figure was previously given as 118.5. The Rome-based FAO also said in a statement that new forecasts pointed to growth in both world wheat and maize output in the coming season. FAO’s cereal price index rose 1.2% in April month-on-month and 26% year-on-year. Worries about crop conditions in Argentina, Brazil and the United States pushed maize prices up 5.7% last month, while wheat prices held largely steady. By contrast, international rice prices slipped. FAO’s vegetable oil price index rose 1.8% on the month, pushed higher by rising soy, rapeseed and palm oil quotations, which offset lower sunflower oil values.

Brazil’s cereal exporter association Anec on Wednesday maintained the country would ship some 32 million tonnes of corn this year, 1.6 million tonnes less than in 2020, despite a drought that is affecting yields in certain producing areas.

European wheat rose sharply on Wednesday, tracking a rally in the United States, while the market continued to monitor weather forecasts for rain in Europe that could soften concerns of damage from a recent dry spell. Benchmark September milling wheat closed 2.5% higher at 226.00 euros a tonne. The front-month contract May, which expires on Monday, jumped as high as 259.75 euros a tonne, near its contract high, before reversing course to close 1% lower at 249.50 euros.