Brazil can increase grain planting by 5% a year without deforesting, says minister

The Brazilian government believes that it is possible to increase the area planted with grains by 5% each harvest for several years without deforestation, said the Minister of Agriculture, Carlos Favaro, on Tuesday.

In an interview with Reuters, Favaro said that this would occur within a new government plan to encourage the expansion of planted area using millions of hectares (acres) of degraded pastures, which can be converted into crops. For this, the government will offer credit with adequate interest rates.

The minister said that the country currently has about 150 million hectares (370.66 million acres) of pastures with low productivity, in the process of degradation or already degraded areas. The plan is to use around 40 million hectares, in regions suitable for agriculture, to be converted into crops.

This would allow an important increase in the production of grains and oilseeds in Brazil, which today plants about 77 million hectares.

“Why isn’t this converted into crops? Because of lack of investment. So we are going to create a credit line, with compatible interest rates, with a grace period, with extended terms … So that the producer can take this resource and make the conversion…”, he said.

He pointed out that the financing should be reinforced in the next harvest. Another priority will be to expand support for agricultural insurance.

With this, he believes in an increase in planted area of 5% per year. “It is something feasible, at a Chinese pace, but in a sustainable way.”

Brazil Grains & Oilseeds Forecast: A front moved into southern Brazil last weekend and has stalled, with precipitation continuing from Parana northward this week. The state of Rio Grande do Sul will be drier. Another front will move through this weekend, but clear out southern areas. Filling soybeans are getting a boost, as well as soil moisture in preparation for safrinha corn planting that will occur in the next two weeks.

Argentina Grains & Oilseeds Forecast: Dry conditions occurred in Argentina over the weekend with increasing temperatures. Some isolated showers will be possible over the next couple of days with scattered showers coming with a frontal passage Friday and Saturday. Showers will not be able to reverse drought conditions that have been gripping the country over the entire season. Before the front moves through, temperatures will again be well above normal and approach the 100-degree mark, keeping stress on developing to reproductive corn and soybeans.

Northern Plains Forecast: Relative warmth will continue for the next week or so, reducing stress and feed requirements for livestock. However, colder temperatures will move into the region next week as the pattern changes.

Central/Southern Plains Forecast: A strong system will move through Tuesday night and Wednesday with widespread precipitation, including a band of heavy snow across the north. Scattered showers and thunderstorms will occur farther south, and are likely to hit some of the drought areas. The drought will not be reduced in a significant way, but at least some precipitation will occur after months of dryness. Another system may develop farther south for this weekend with more showers for southern areas. Temperatures above normal will fall below normal, especially next week as the pattern changes.

Midwest Forecast: Two storm systems move through this week with widespread precipitation. Temperatures remain above normal for this time of year but will fall this weekend and especially next week as the pattern changes. 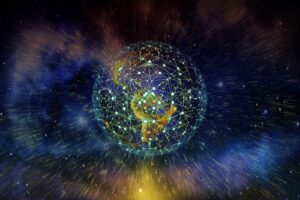 NOPA December soy crush below most estimates at 177.505 million bushels

The monthly U.S. soybean crush declined by 0.9% in December from a month earlier, falling below an average of analyst expectations, while soyoil stocks rose to an eight-month high, according to National Oilseed Processors Association (NOPA) data released on Tuesday.

Soyoil supplies among NOPA members as of Dec. 31 climbed to 1.791 billion pounds, above an average of trade expectations and up from 1.630 billion pounds at the end of November, but still below the year-ago figure of 2.031 billion pounds.

In week ending Jan. 12, according to the USDA’s weekly inspections report.

Following is a summary of USDA inspections for week ending Jan. 12 of corn, soybeans and wheat for export, from the Grain Inspection, Packers and Stockyards Administration, known as GIPSA.

EU’s soft-wheat exports in the season that began July 1 reached 17.7m tons as of Jan. 15, compared with 16.6m tons in a similar period a year earlier, the European Commission said on its website.

Exports of Argentina’s wheat crop that just finished being harvested are forecast at 5.9m metric tons, down 62% y/y, which would be the lowest in 8 seasons, according to the Buenos Aires Grain Exchange.

“We can’t allow everything to be taken abroad,” Russian President Vladimir Putin told a televised video conference with economic officials. “We need to have reserves because we don’t know what the results of the farm sector will be in 2023.”

Boosts export forecast for all grains to 55.5m tons from 53.5m tons

The revival in the exports of the animal feed has boosted soybean crushing in India and the availability of soyoil, which could reduce imports of soyoil BOc1 and palm oil FCPOc3 by the world’s biggest buyer in coming months.

Oil mills have contracted to export around 160,000 tonnes of soymeal for January shipments and another 100,000 tonnes for February shipments, mostly to Asian countries such as Vietnam, Bangladesh, Japan and Nepal, the officials said.

“Exports demand for Indian soymeal has been improving since it is cheaper than supplies from Argentina,” Hemant Bansal, vice president, oilseed crushing and refining at Patanjali Foods Ltd PAFO.NS told Reuters. “Asian buyers are saving on freight as well due to the proximity.”

Bansal estimated India’s soymeal exports in the current marketing year could rise to 1.5-2 million tonnes, from 644,000 tonnes a year ago.

Soymeal prices rose in the world market as Argentina’s soybean production was forecast to fall to 41 million tonnes in 2022/23 due to drought, from 48 million tonnes previously estimated.

India’s soymeal exports in the first three months of the 2022/23 marketing year, which started on Oct. 1, jumped 223% to 325,409 tonnes, according to trade body the Solvent Extractors’ Association of India.

Soybean crush margins have improved due to recovery in soymeal exports, but the correction in soyoil prices in the past few days is threatening to wipe out the margins, said Manoj Agrawal, an exporter.

Soyoil and palm oil imports were seen declining in the coming months with improvement in local supplies, a Mumbai-based dealer with a global trade house said.

Edible oil availability has improved because of higher imports in the December quarter and as soyoil supplies are rising from domestic soybean crushing, he added.

Specifically, 2021/22 Brazil soybean exports to China (February 2022-January 2023) are estimated at about 47.0 million tons, down 17% from prior season due to adverse weather conditions and reduced harvests in early 2022. China soybean imports data confirmed its reduced imports from Brazil. To fill in the gap between consumption and imports, China purchased massive amount of U.S. soybeans for 2022/23 delivery. U.S. soybean exports to China increased by 1.7% to 19.8 million tons during the first four months of the 2022/23 season (September-December), in spite of reduced U.S. supplies, high prices and relatively weak domestic consumptions in China. However, with expectations for a bumper soybean harvest in Brazil this January/February (152.6 million tons by Refinitiv Agriculture Research), U.S. soybean prices and sales will be pressured by competitions from Brazil over the second half of the export season (March-August). Considering current low port stocks, China may import record amount of Brazilian soybeans from late March/April to build up the inventory, depending on the harvest delays associated with recent excessive wet weather.

After China lifted the COVID-19 restrictions early December, the first wave of COVID-19 has passed. Chinese people’s social activities have been resumed to a large extent. Especially the holiday season (Spring Festival) is coming soon (on 20 January), meat/vegoil consumptions will pick up during the period. China’s economic activities should also recover gradually after the festival. As a result, soybean consumption and imports will return to a more normal level after two-year consecutive reductions.

China’s sow herd at the end of 2022 was slightly higher than reasonable levels, said Zeng Yande, chief agronomist and director of the development planning department at China’s agriculture ministry.

“I would like us to increase the use of real biofuels from waste, from residual materials, from cooking oil,” German Environment Minister Steffi Lemke said in a speech on Tuesday.

Further nitrogen price relief is likely when the marginal producer, China, return to the export market, which we expect after 2Q. Rising production and limited exports support growing urea stockpiles in China. The country’s operating rates rose this winter, pushing inventory to a five-year high. The export-to-domestic price spread is $75 a metric ton. Chinese farmers are benefiting from urea prices in-line with seasonal norms and could expand plantings and fertilization rates in 1H. We expect China to keep limiting urea exports though 2Q to ensure spring tons.

Global nitrogen prices fall when China exports and rise in its absence. Most Chinese companies are closely held or state-owned. Yara, CF Industries and Nutrien are the largest publicly traded nitrogen producers.