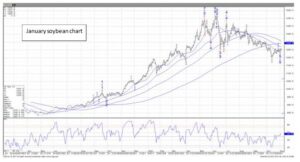 Argentine farmers have sold 33.1 million tonnes of soy from the 2020/21 season, the agriculture ministry said on Tuesday in a report including data updated through Oct. 27.

As of the same date last year, sales of 34.4 million tonnes of the oilseed had been registered, according to official information.

For 2021/22 soybeans sales of 2.6 million tonnes have been registered, according to official data. The exchange forecasts an 2021/22 harvest of 44 million tonnes.

Indonesia, the world’s biggest producer of palm oil, plans to balance keeping up production of the commodity to meet demand while fulfilling its pledge to end deforestation by focusing on replanting old trees.

The industry will step up efforts to help smallholder farms — which cover 6.7 million hectares, or 75% of total oil palm plantations in the country — to replace old plants with new crops that are more productive and profitable, according to Sahat Sinaga, acting chairman of the Indonesian Palm Oil Board.

This will help increase production of fresh fruit bunches from smallholder plantations to 22 tons per hectare a year from about 9.2 tons a hectare currently, he said. Overall crude palm oil output may rise to 64 million tons a year as a result, from 48 million tons currently.

Fertilizer demand is so strong that farmers are lining up for the crop nutrients, even as prices soar, according to Nutrien Ltd., one of the world’s largest producers.

“We’ve had very good pricing and we’re continuing to see very good strength,” Schmidt said Tuesday in a phone interview. “Our greatest challenge is getting the tanks filled because the lineups are significant.”

Fertilizer costs have skyrocketed as high natural gas prices, a key input, forced some European production plants to halt or curtail production. That’s threatening to raise the cost of producing food at a time when energy and commodity inflation are already a concern.

UAE pledged $1b of increased investment as part of the Agriculture Innovation Mission for Climate, a new initiative led by the gulf country and the U.S. with support from 30 governments, state-run WAM news agency reports.