Global Ag News for May 5

Malaysian palm oil prices were up 3 ringgit at 4,045 (basis July) at midsession in quiet trade.

U.S. Weather Forecast: Beneficial precipitation is still expected through Sunday from north-central Montana into South Dakota and southwestern North Dakota. Central and northwestern North Dakota and far northeastern Montana will likely miss out from at least some of this notable precipitation. Last evening’s GFS model run was then drier in a large portion of the Northern Plains May 12 – 14 and May 17 – 19.

South America Weather Forecast: Concern remains of dryness in Safrinha corn areas of Brazil. Dryness is likely across most of this area through at least the next ten days to two weeks, especially since the monsoon has ended, and last evening’s GFS model run was similar to the midday GFS model in showing no relief in this part of the nation.  Conditions in Argentina will continue to be very good for late season crops.

Wire story reports U.S. farmers are ahead of schedule in planting the 2021 corn and soybean crops to kick off May, the busiest planting month. The weather forecast is not exactly wide open to facilitate seamless planting in the coming weeks, but attractive prices may override those imperfections. The widespread dry soil conditions have been both a blessing and a curse since planting is more efficient, but pressure is higher to receive sufficient moisture down the road. A flip to a wetter pattern right now would help the newly sown crops, and it might not necessarily derail planting plans either, given strong profit potential.

Wire story reports taco shells will be in short supply this summer. Corn tacos will be more difficult to find in grocery stores as demand for corn – a key product in anything from fuel to animal feed, as well as your favorite tacos – paired with supply-chain woes makes the product even more difficult to produce.

Demand for the grain has surged in recent months. Increased interest from China, as well as a combination of poor weather and labor shortages, has made the key crop an increasingly valuable commodity. 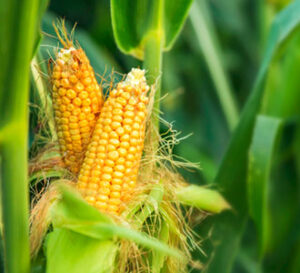 Major corn producers in Brazil and Argentina have been facing difficulty finding people to work the fields amid the COVID-19 pandemic.

Brazil’s iron ore export revenues are set to surge 60% this year and displace soybeans as the country’s number one source of foreign exchange earnings for the first time in six years, Brazil’s Foreign Trade Association (AEB) said. The forecast $41.25 billion revenue, together with potential record soybean export volumes, means Brazil is on track to post an overall trade surplus this year of almost $80 billion

Brazil’s largest chicken processor, BRF SA said it will invest 292 million reais ($54 million) to modernize certain facilities in Paraná state through 2022. The company also said it will resume turkey production at its Francisco Beltrão unit, which received authorization in March to export products to Mexico.

Argentina’s 2021/22 wheat crop is expected at 19 million tonnes, equal to the country’s record-setting harvest in the 2018/19 season, the Buenos Aires Grains Exchange said in a preliminary forecast. Sowing of wheat in Argentina will start over the weeks ahead, with harvesting usually ending in January. Last season’s wheat crop was 17 million tonnes.

Argentina’s Parana River, the grains superhighway that takes soy and corn from the Pampas farm belt to the world, has gotten so shallow that it has started “trimming” international shipments just as the country’s export season gets underway. The level of the Parana at the export hub of Rosario, home to some of the biggest soy crushing plants in the world, was a scant 0.92 meters on Tuesday, according to the Coast Guard. Between 1996 and 2020 the median depth of the river at Rosario in April was a much deeper 3.58 meters.

Euronext wheat rose on Tuesday, recouping losses from the previous session as deteriorating corn harvest prospects in Brazil drove Chicago corn futures to an eight-year high. A sharp fall in the euro against the dollar also supported gains on Euronext, traders said. September milling wheat settled up 4.75 euros, or 2.2%, at 220.50 euros ($264.84) tonne. Corn continued to give impetus to wheat as developing drought in southern Brazil threatened to stress corn crops and add to global supply tensions. “It’s all about corn and Brazil. May wheat on Euronext settled up 3.6% at 252.25 euros in more volatile trading before its expiry next week.

Selected highlights from a report issued by the U.S. Department of Agriculture’s Foreign Agricultural Service post in New Delhi:

—FAS New Delhi (post) is lowering its India MY 2021/2022 (April-March) wheat production forecast to 105 million metric tons (MMT) compared to the pre-harvest forecast of 107 MMT. Post is lowering the forecast number due to early harvest reports of lower-than-expected yields in the country’s central and eastern states.