Global Ag News for May 17

Malaysian palm oil prices overnight were down 52 ringgit (-1.15%) at 4454 amid prospects for weakening demand from India, the top buyer, where large parts of the nation remained under local lockdowns to fight the world’s worst outbreak of Covid-19.

BRAZIL: Mostly dry through Thursday. Scattered showers MGDS Friday. Temperatures near to above normal through Friday.

MALAYSIA: Thunderstorms and heavy rain are seen over most parts of Indonesia’s Sumatra and Kalimantan on Monday, according to the country’s Meteorological, Climatological & Geophysical Agency.

AUSTRALIA: Drier weather across Queensland, New South Wales, South Australia and western Victoria over the week will maintain moisture shortages and stress winter wheat germination, according to weather forecaster Maxar. Moisture profile is adequate in Western Australia, but limited showers there throughout week will cause levels to decline

INDIA: Rain is likely in most parts of the country for five days from Monday, according to India Meteorological Department

CHINA: Heavy rains coupled with strong winds and hail seen this week in some areas south of the Yangtze River, which may flood crops and damage wheat and rapeseed crops which are in maturity stage. Heavy rains since May 10 in parts of Hubei, Anhui, Jiangxi, Hunan and Zhejiang have also damaged crops in these areas.

A Tunisian state agency issued an international tender to purchase up to 27,000 tonnes of vegetable oils

Taiwan Flour Millers’ Association issued an international tender to purchase 89,425 tonnes of grade 1 milling wheat to be sourced from the United States.

There were 1,058 barges queued up on the north and south sides of the I-40 Hernando DeSoto Bridge near Memphis, Tennessee. The waterway had been closed since Tuesday after a crack was found in the bridge. 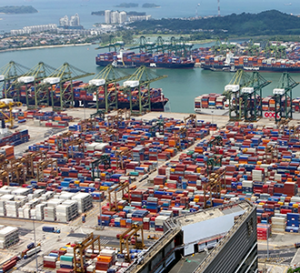 Beijing-based Cofeed, a private consultancy set up almost 20 years ago, had established itself as what many in the market regarded as the most comprehensive supplier of information on grains and oilseeds in the world’s biggest buyer of soybeans. It stopped updating data on its website and in feeds to clients on April 29 without explanation.

A group of international creditors owed $530m by bankrupt Argentine soy exporter Vicentin view a move by Glencore’s Viterra, Molinos Agro and cooperative ACA to jointly take over the company “positively,” they say in a statement emailed by an external PR firm.

(PTI) — The Centre on Monday said wheat procurement has increased by 30 per cent to 366.61 lakh tonne so far in the ongoing 2021-22 rabi marketing season, benefitting about 37.15 lakh farmers. In the year-ago period, wheat procurement stood at 282.69 lakh tonnes.

Wheat shipments for the current season totaled 36.4m tons as of May 13, the Federal Center of Quality & Safety Assurance for Grain & Grain Products said on its website, citing inspections before exports. Exports of all grains are at 45.8m tons so far this season; no comparative data was given for the year-earlier period

The national grain production is estimated at 271.7 million tons, an increase of 5.7% or 14.7 million tonnes in 2019/20 in comparison to that produced. The historic position is due to record soybean production and the estimated growth of total corn. The projection is for the 8th survey of the 2020/2021 harvest of grains, released by Companhia Nacional de Abastecimento (Conab).

USDA has confirmed its outlook for Kazakhstan’s wheat harvest at 14.26 million tonnes for 2020-2021, according to the department’s May report.