Ingredion Inc. agreed to a four-year contract with workers from the Bakery, Confectionery, Tobacco Workers and Grain Millers International Union to end a strike at its corn-products plant in Cedar Rapids, Iowa, the company says in a Monday statement.

China and Malaysian markets are closed for Holiday. 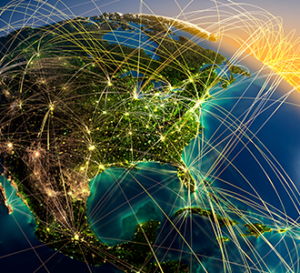 Following is a summary of USDA inspections for week ending Jan. 19 of corn, soybeans and wheat for export, from the Grain Inspection, Packers and Stockyards Administration, known as GIPSA.

Crop exports from Ukraine’s ports under the Black Sea Grain Initiative totaled about 893,874 tons in the week to Jan. 22, according to data posted by the Joint Coordination Centre.

Winter crops in most of Europe are in fair to good shape, but abrupt shifts between warm and cold weather has left them vulnerable to frost damage, the EU’s Monitoring Agricultural Resources Unit says Monday in a report.

Wheat prices continued to drop in Brazil in the last days, due to the lack of purchasers in the market – who reported to have stocks for the coming weeks. These agents are waiting for values to rise in order to resume buying wheat, based on the record Brazilian harvest.

Besides, national mills are facing difficulties to sell wheat by-products because of low demand. However, agents from these mills expect demand to increase from February onwards.

However, the downward trend of prices was limited by the 2.14%-dollar appreciation against the Real between January 13 and 20, to BRL 5.203 on Friday, and low wheat production in Argentina, due to the unfavorable weather in the country in the 2022/23 season.

The Brazilian wheat has been more attractive to the national industry compared to the product imported. Based on data from Conab (Brazil’s National Company for Food Supply), in the second week of January, the import parity price for the wheat from Argentina delivered to Paraná State was USD 373.48/ton. Considering the average of the US dollar in that period, the wheat imported was sold at BRL 1,941.32/ton, while for the Brazilian wheat traded in Paraná, the average was lower, at BRL 1,698.97/ton, according to data from Cepea.

Chinese buyers are thought to have booked at least several large vessels of French barley this month, swelling a French export programme as merchants ship out a previous round of sales from late last year, European traders said.

China has become a major export market for French barley in recent years. As one of the few European barley origins approved for import by Beijing, France has attracted extra demand during a trade dispute between China and Australia.

In the latest deals, Chinese importers bought five to six panamax cargoes of some 60,000 tonnes each for shipment in the coming months, three traders said.

The latest sales were believed to have taken place in the past three weeks and were for crop from the 2022 harvest to be shipped in first half of 2023, mostly between January and March/April, traders said.

The barley was thought to have been sold for livestock feed rather than malt production.

Further sales were not expected immediately, though, after a sharp rise in French barley premiums following this month’s deals and with the Lunar New Year holidays starting in China, traders said.

Merchants are already due to load five to six large vessels in France with barley for China in January, most of which were believed to have been sold in late November.

The sales to China could bring an acceleration in French barley shipments after a slow start to the 2022/23 campaign that led farming agency FranceAgriMer last week to trim its forecast for barley exports outside the European Union.

French sales have tempered speculation about an imminent return of Australian barley to China, as Beijing and Canberra resume dialogue after diplomatic tensions.

Australian barley is subject to a prohibitive Chinese tariff, though China has continued to buy Australian wheat.

Chinese demand for French barley this season was also thought to have been encouraged by drought in Argentina and war disruption to Ukrainian supplies, traders said.

Jordan’s wheat reserves of about 960,000 metric tons are enough to cover the country’s needs for around one year, Yanal Barmawi, spokesperson for the Ministry of Industry, Trade and Supply, says by phone Monday.

BP Bunge, a joint venture controlled by BP BP.L and Bunge BG.N in Brazil, will phase out use of mineral fertilizers on its sugarcane fields by 2025, the sugar and energy company said in a statement on Monday.

Instead, it will increase use of biological alternatives developed by Brazil’s agricultural research agency Embrapa.

The move, which comes after a rise in crop nutrient prices globally, is expected to eliminate use of fertilizer chemicals including those from the NPK group like nitrogen, phosphorus and potassium, BP Bunge said.

Brazil, a large producer of sugar, coffee, soy and corn, among many other commodities, is a heavy fertilizer importer.

Mineral fertilizer substitution, the company added, has already allowed a rise in sugarcane yields between three and 10 tonnes per hectare.

BP Bunge said the initiative has also bolstered the plants lifespan by two years while reducing by up to 80% the amount of potassium chloride the company had to buy in the market.

Learn more about the February 8 2023 USDA supply/demand report with Steve Freed written and video analysis as well as our USDA Report Infographic.

SOYBEANS The soybean complex closed mixed with soybeans steady to up $.04, soybean meal up…

Learn more about the February 8 2023 USDA supply/demand report with Steve Freed written and video analysis as well as our USDA Report Infographic.