China’s corn harvest is coming to the market in larger volumes as logistics improve after the government eased Covid rules, the agriculture ministry said in its latest China Agricultural Supply & Demand Estimates.

Brazil Grains & Oilseeds Forecast: Scattered showers will continue in central and northern Brazil for the next seek as is typical for this time of year. Southern areas will see some periods of showers returning, but a front moving through Monday and Tuesday will clear out the south and may even get into the central states later next week. Corn in the far south may see some stress developing with more limited showers and a return to dryness. Soybeans are generally in good condition across the country with fewer concerns.

Argentina Grains & Oilseeds Forecast: Isolated showers remain possible in Argentina through the rest of this week and into the weekend, but very high temperatures will cause further stress and potential damage to developing corn and soybeans. Planting is also very delayed and conditions for the rest of this week will not promote much progress. A stronger front will move through with more organized showers Sunday and Monday, but mostly for northern areas. The front will bring lower temperatures into the country but will also stop chances for showers with a lot of dryness for next week. Overall, conditions continue to be poor for corn and soybeans until precipitation becomes more consistent.

Northern Plains Forecast: Some moderate snow may pass through southeastern South Dakota Thursday, but most areas are likely to be dry through the weekend. A very strong storm system will pass through early next week. Widespread heavy snow is expected with it and should result in blizzard conditions for large sections of the region, bringing risks to livestock.

Central/Southern Plains Forecast: A system is moving through the Central and Southern Plains Thursday with scattered showers but missing large drought areas in the west. Southeastern areas will stay active with another disturbance bringing moderate rain over the weekend. A much larger storm system will move through early next week. Precipitation will increase across the east, but southwestern areas are unlikely to see much out of the system. Heavy snow will be possible across the northwest and may result in blizzard conditions. Overall, drought relief may come to southeastern areas but the southwest should see worsening conditions. Warmer temperatures ahead of the system will fall behind it. 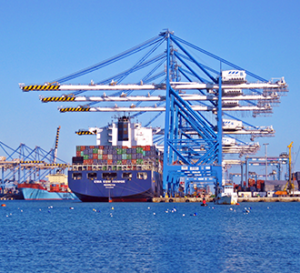 US Export Sales of Soybeans, Corn and Wheat by Country

The following shows US export sales of soybeans, corn and wheat by biggest net buyers for week ending Dec. 1, according to data on the USDA’s website.

US Export Sales of Pork and Beef by Country

The following shows US export sales of pork and beef product by biggest net buyers for week ending Dec. 1, according to data on the USDA’s website.

Taking into account an estimated harvest of 154.5m tons, Safras & Mercado consulting firm projects an anticipated commercialization of 23.6%, involving 36.5m tons, according to an emailed report from Safras.

World wheat stockpiles are now estimated at 300.1m tons for the close of the 2022-23 season, up from a November outlook of 299.6m tons, the Agricultural Market Information System said in a report Thursday.

China’s securities regulator said on Friday it will permit international participation in trading of its soybean and soymeal futures contracts from Dec. 26.

The contracts are traded on the Dalian Commodity Exchange.

The White House is reviewing a request from at least eight Midwestern governors for a US policy change that would allow year-round sales of higher-ethanol E15 gasoline, signaling possible action within weeks.

Indonesia May Start Using B35 Biodiesel From Jan. 2023: Reuters

China’s grain imports shrank 11.8 percent between January and November from a year earlier, mainly due to international disruption and weakening demand at home, according to industry insiders.

China imported 5.1 million tons of grain from Ukraine in the 10 months ended Oct. 31, about half of the year-earlier amount. China is also very dependent on Ukraine and the United States for corn.

Rising international food prices and the US dollar’s appreciation against the Chinese yuan also narrowed the price advantage of imported grain, Zheng pointed out.

In the first half of the year, China’s industrial feed production fell 5 percent from a year ago and did not rebound until September, leading to an overall decrease in demand for feed grain in the first 10 months, Zheng added.

Another factor skewering the grain import figures was the extremely high base of the past two years, Zhang Zhixian, vice president of cngrain.com’s Yida Research Institute, told Yicai Global. To cope with changes in the external environment, China imported some grain in advance, with the volumes shipped in last year and in 2020 hitting record highs.

Since last year, the share of grain and cereal flour in China’s grain imports has surged. The figure remained around 20 percent between 2016 and 2020, but doubled to nearly 40 percent in 2021, as corn imports soared to almost 30 million tons from a few million. Since the Russia-Ukraine conflict, international grain prices have skyrocketed, resulting in a falloff in imports.

Under the twin effects of declining imports and a continuous pickup in domestic feed demand, China’s supply and demand of feed grain will further tighten, and the prices of corn, soybean meal, wheat, and other varieties will remain high, Zheng predicted.

Bunge, the world’s largest oilseed crusher, and other crop traders are capturing massive profits as a result of supply woes due to the war in Ukraine. Switzerland is a well-known tax haven for corporations as it has lower tax rates for individuals and corporations. Over the past few decades, several trading companies such as Louis Dreyfus, Raízen, Archer-Daniels-Midland Co., Chiquita and now Bunge, opened offices or representations there.

Bunge said “the change was made after an extensive review of its business operations and emerging trends in the global tax environment.” The company said its shares will continue to be listed exclusively in New York and St. Louis will still be the operational headquarters.

Recently, the company left Russia and bought more crushing capacity in Europe and South America as ways to strengthen its supply chain. The domicile change decision also comes after Continental Grain Co.’s Paul Fribourg left his seat on the board of Bunge.

The government seeks to ensure there’s enough palm oil for the local market, the regulator said in a statement. The suspension is effective from Dec. 12, it said.

The order comes after the West African nation capped the price for rice, sugar, milk, tomato paste, pasta, beef and palm oil to curb inflation. Authorities have also deployed hundreds of officials to monitor and record the cost of consumer goods in the country.

Annual inflation in Ivory Coast slowed to 6.2% in October, from 6.3% in September, although price growth for food and non-alcoholic beverages surged 9.6% from a year earlier.

Ivory Coast is the world’s eighth-biggest palm oil exporter, but its exports account for less than 1% of global trade, according to data from the United States Department of Agriculture.

Barge shipments down the Mississippi river increased to 808k tons in the week ending Dec. 3 from 751k tons the previous week, according to the USDA’s weekly grain transportation report.